UGH.  I got home yesterday and COMPLETELY forgot to post this!

so who wants to talk about date night on a Saturday morning?!  Deff me.  Frankies swweeeping next to me and I'm trying to be nice and not WAKE him up like I like to do.  he's a lucky guy.  I don't think he knows.

anyway, we've already talked about how last weekend frankie moved all his shhhtuff in on Saturday!  But(!) I don't think I mentioned that on the day he brought all his things here and left them in the middle of my livingroom… his family was coming into the city to see the apartment.  His dad was visiting from North Carolina and his sister was home from URI, so we definitely wanted them to come see the place!  like for sure.  obviously when frankie shows up with a car PACKED with crap I'm like AW HELL NAH, YOU BETTER PUT THIS AWAY BEFORE THEY GET HERE. We had his mom, dad, brother, and sister over and we had some drankkksss.  They mostly drank beer, but me?  I had one of these puppies.  WINNING.

We played games and hung out until around 7:30 when we decided we were hungry.  I tasked Frankie with finding a place to go for dinner and we headed out. When we got to the original place he was thinking it was a bar.  So we quickly looked around and saw a couple cool looking burger places.  We ultimately decided on Burger Bistro just across the street!

| Appetizers: | Bistro Chips (homemade chips + bacon + feta) [to share] + Deep Fried Corn on the Cob (topped with what I think was the chipotle mayo) [to share]

| Dessert: | none (I KNOW, I KNOW.  CRAZY.  we went back to the apartment and had some more DRANKKKSS and Frankie asked me to make the pretzel dip for his fambam (WHO LOVED IT, BTW).

SO.  Burger Bistro.  It reminds me of the meatball shop with how you mark what you're ordering on a sheet.  I like that style, I like knowing they're not going to get it wrong because I have CLEARLY not marked cheese so they won't put it on.

everything was really good.  I was honestly surprised because it was an off the whim choice, but i probably shouldn't have been because those are the ones that end up being the best.

I CLEARLY ordered the sangria because it was, um, their special for the weekend! it's like they knew me.  like they were saying ASH COME DRINK OUR DELICIOUS JUICE AND MAYBE YOU'LL GET DRUNK.  who knows, maybe they knew i was in the market for a good glass of sangria.  I do think that they make the sangria as you order it and not in big batches because I ordered two and they tasted COMPLETELY different.  i wasn't mad about it though, my first one was delicious and my second was more like a glass of red.  who am I to complain?  Frankie had a beer.  so BOORRRING.  just kidding, half of our group had beer so I can't judge.

Our appetizers were the bistro chips and the fried corn.  um.  the chips were DEFF homemade and they were delicious.  i ate around the cheese, but it looked like feta(?).  You KNOW i was all about that bacon though.  why have I not been eating my chips with bacon everyday?  life. changed.  and haiiiii that fried corn?  it was super spicy, but I love that kind of thing.  the sauce on top was the bees kneez (this is the second time in two days i've said that… someone send halpppp).  i'm a big lover of roasted corn, wasn't sure how i'd feel about fried corn. but YUM.  i was a fan.

as for main dish stuff, I ordered frizzled onions on the side of mine because they sounded like they were going to be thin and super crispy just the way I like them…. and they were.

also side note: I obviously realized I could get a side for like $3 more than “adding” them to my burger for $1.25.  so i killed two birds with one stone and put some of my SIDE onions ON MY BURGER.  i'm totes the coolest.

I do feel the need to let you know that for a burger place I didn't think it was anything crazy special.  Don't get me wrong, it was good.  I liked my burger for sure, but i feel like when burgers are all you make you really have to go all out.  That being said: I did order your standard beef burger AND i didn't get any of their crazy sauces.. so maybe that's why?  I don't know.  I still feel like if burgers are really the only thing you offer, I should be able to order a normal burger and be amazed.

but to each their own.  I'll probably go back with people and order crazy things on my burger.  I was eyeing the grilled pineapple coupled with bacon!  nom.

like I said before, we didn't order dessert!  GAH(!) maybe we were waiting for all that easter candy??  I don't know, but we ended up heading back to the apartment to hang out and play games and all that jazz.  Frankie's brother and sister ended up sleeping over and it was adorable.  But I HAD to go to bed at midnight.  i passed out while we were watching a movie.  i'm so bizzare.

ANYWAY.  that was our date night, tell me about yours!! where have you guys been dating lately? 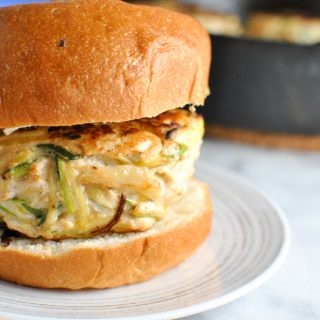