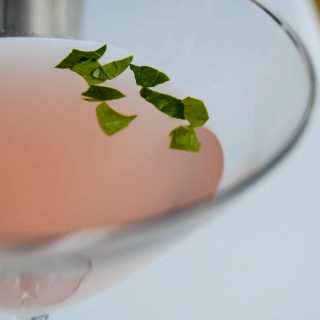 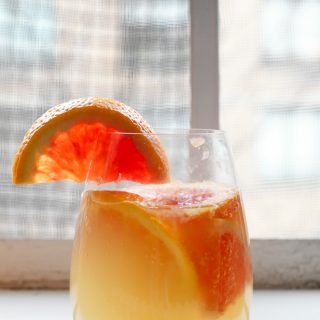 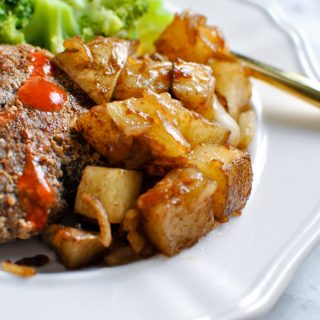 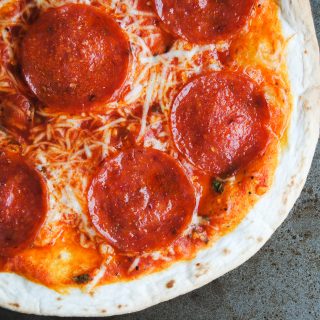 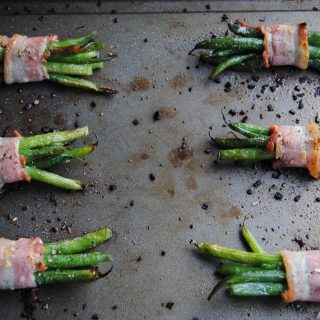 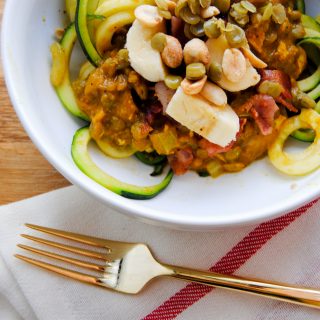 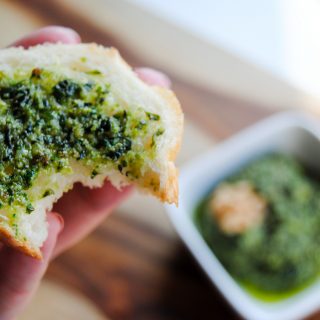 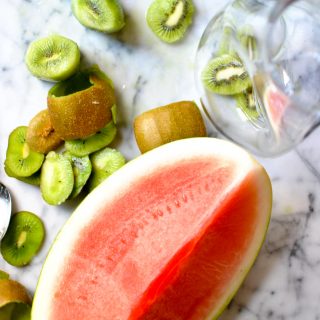 I have officially (not so officially) given up on trying to find flights home in November.  Well, that’s what I’m telling myself anyway.  The problem is that I keep asking myself: will I make it until Christmas?

I really, really don’t like the way my body responds to that question… shortness of breath, throat closing, the sharp pain in my heart.  Okay, okay that’s enough. Which is why I’m officially finished thinking about going home (kind of).

I need to think about something else… like pizza.  Ooey, gooey, delicious pizza.  Yumm.

Last week, I found myself in Southern Oregon for work.  I was staying at the Homewood Suites in Medford, but working in Grants Pass during the day.  Homewood Suites hotels are really nice because they provide their guests with breakfast, dinner, AND alcohol… who’s ready to paarrrttttayyyy?  In other words, I was super excited that I was able to save money and have fun with co-workers.  Let’s just say the hostess knew I liked my double glasses of Chardonnay.

The downside to staying at this magical place of wonder?  I didn’t get to try out very many restaurants while I was there.  We would go out to eat for lunch, but I didn’t find anything spectacular though.  But on the day we were leaving, to fly back to Seattle, we were able to eat lunch in Medford.  Boy, am I glad we did.

One of my co-workers has a friend who lived in Medford and recommended a few places to us.  Despite me and another co-worker craving Chinese, we all agreed that pizza sounded delicious.  As I was driving, the first thing I noticed about this place was the cool sign detailing its name… because it looks like the inside of a kaleidoscope!

Kaleidoscopes are pretty cool, at least they were… or I thought they were… WHATEVER.  They're cool and Kaleidoscope Pizzeria & Pub is pretty cool too.  This place has awesome Yelp reviews and I totally understand why.  We walked in and the restaurant had this cool funky vibe, it seemed pretty easy going and laid back.  Brian and I split a medium (14″) pepperoni pizza ($15.75 ) and I had a caramel apple martini.  I've been a HUGE fan of the caramel apple martini since I had one in the SkyCity restaurant in the Space Needle.  This martini was exactly what I needed after a long day of hard work.  It tasted exactly like a caramel apple, and having actual caramel sauce in the glass was my version of a cherry on top of whipped cream.  I forgot to write down the ingredients, but you can bet I'll be trying to make my own version soon.

The pizza.  Sighhhh. The pizza.  I know that's what you all care about.  You're probably like, what the heck who cares about the martini, BRING ON THE PIZZA.  The answer is: me, I care about the martini.  Since you've been so polite and patient… I'll tell you about the pizza.  It was good.  And I mean really good.  By the way, this is coming from a girl who makes it her mission to try as many pizza places as possible and once dreamed about a road trip where I only ate pizza with my friend Brittany.  I take my pizza seriously.

There was the perfect amount of cheese, pepperoni, and sauce.  I didn't feel like one ingredient overpowered the other in any way.  It was delicious, superb even.  At least one of the top two places I've had pizza on the west coast so far… I'll re-try Zeeks (the other contender for numero uno) and let you know what I think ASAP.  The cheese was piping hot and gooey, which is the only way I can eat it, and the crust/dough was pretty top notch too.  I ate two pieces and was stuffed, I took my two other pieces with me on the plane all the way back to Washington to enjoy at 1am after bar hopping.  I wouldn't have asked for anything more.

Next time you're in Medford, Oregon hit this place up.  Its worth it.

I was laying in bed, lounging around, and because it was a Sunday I really wanted to make myself breakfast. Now, I easily could have made myself normal french toast… but that was not nearly as fun as the idea I had: Nutella french toast.

I originally became obsessed with Nutella when I was studying abroad in Italy. Honestly, Nutella and pretzels is, like, the best combination. Figuring out how to make Nutella cookies was probably my greatest accomplishment abroad, you know, since all the ingredients at the grocery store were in Italian and our “oven” was really a toaster oven.

However, it was this Sunday morning that I realized my obsession had reached new heights… in a good way, of course. I have to tell you, the Nutella really creates the perfect combination of chocolatey-hazelnut and cinnamon in this breakfast. I'm drooling over here in Oregon just thinking about it. Its definitely worth a try, especially if you're out of pumpkin spice and can't make pumpkin french toast!

As you can see in the pictures, I ate mine with maple syrup… but I just had a genius idea that might have me making this again when I'm back in Seattle… why not top it with… Nutella! Anyone? Hmm? I guess that might be too much Nutella, but can you ever really have too much? I'm voting for no on that one. Who's with me?

Whisk together the egg, milk, and ground cinnamon. Add in the Nutella and whisk until the mixture is thoroughly mixed and turns a coco brown. Set the mixture aside.

Mist a frying pan or griddle with cooking spray and bring to medium heat.

I ate mine with maple syrup, but you could eat it with whipped cream or ice cream! Let me know what toppings you try!

So, one of my bosses went on vacation to Hawaii a couple weeks ago. I wish that had anything to do with the dish I’m about to share with you, but, aside from the name, it doesn’t (I just thought it would be a good transition).

Anyway, I was moseying my way around Pinterest the other night, while I was trying to meal plan, and I came across an image of chicken wrapped in bacon… BACON. *Side note: I just looked it up and “moseying” is an actual word with an actual definition… I thought for sure I was making that spelling up.* But, seriously? I’ll eat just about anything with bacon on it.

From that moment on, I was on a mission. I needed chicken with bacon. The recipe I had pinned looked DELISH; but, I really wasn’t feeling the whole brown sugar aspect for some reason. Then I had a moment. It was like one of those moments where everything in the world becomes clear to you, except with food. Boy, did I understand food at that moment.

You read that correctly: pineapple. Pineapple soaked chicken, wrapped in bacon… just kill me now. I don’t know who I thought I was at that moment, but I’m almost positive I decided the flavors would be acceptable together because of Hawaiian pizza. I mean it sort of makes sense, right? Hawaiian pizza has ham and pineapple together… bacon is close to ham. Whatever, in the end all that matters is: it worked. It really worked, as in, I could eat it every day for a year, kind of worked.

The nice thing about this recipe is that you could totally turn it into a bunch of different things. I ate mine plain for dinner and then for lunch the next day I cooked down some extra pineapple juice and put the chicken in a lettuce wrap with bean sprouts. I made mine with a baked lemon broccoli risotto and a side of broccoli on its own . Also, I cut my chicken into smaller, bite-size, pieces and let it marinade overnight; but I’m sure you could do it in a few hours too.

Cut each chicken breast into thirds, or fourths if you prefer thinner chicken, and place in zip-lock bag with lemon and pineapple juice. Roughly mince the clove of garlic and add to the bag.

Allow chicken to marinade at least two hours (I let mine marinade overnight).

Remove chicken from bag and wrap a bacon slice around each piece.

Grill for approximately 15-20 minutes, until chicken is fully cooked and bacon is crispy.

Please, don’t run away from your computer, screaming, after reading the title of this post.  I am not crazy, well… that’s debatable.  I know that temperatures are just beginning to drop and all you want to do is curl up with a nice cup of hot apple cider.  Trust me; I pulled out my UGGs and knee-high socks today just because I could.  But, just hear me out, because these are good.  And I mean really good.

END_OF_DOCUMENT_TOKEN_TO_BE_REPLACED

2 Comments
Baked Goods / Pizza / Recipes
Happy Fall everyone!  I’m so happy that October is finally here and I get to experience it in my new city.  Back home, October is my favorite month of the year.  All of the best things happen during this month: leaves change color, the air gets crisp, it’s finally scarf season, and who can forget Halloween?!
I was just talking to a co-worker this morning about how much I love this time of year, but truth be told: I’m sort of nervous about how I’ll like fall in Seattle.  I’ve been told that Seattle stays green all year round, which I’ll love… but I think I’ll miss the orange leaves.  Regardless, I woke up this morning and loved the familiar chill in the air that lets me know summer is gone.  I threw on a long sleeved shirt, a scarf, & some boots and marched down to Starbucks to get a Pumpkin Spiced Latte, mmm.  Yup, fall really is here :)